← more from
Goner Records
Get fresh music recommendations delivered to your inbox every Friday.
We've updated our Terms of Use. You can review the changes here.

by The Blind Shake 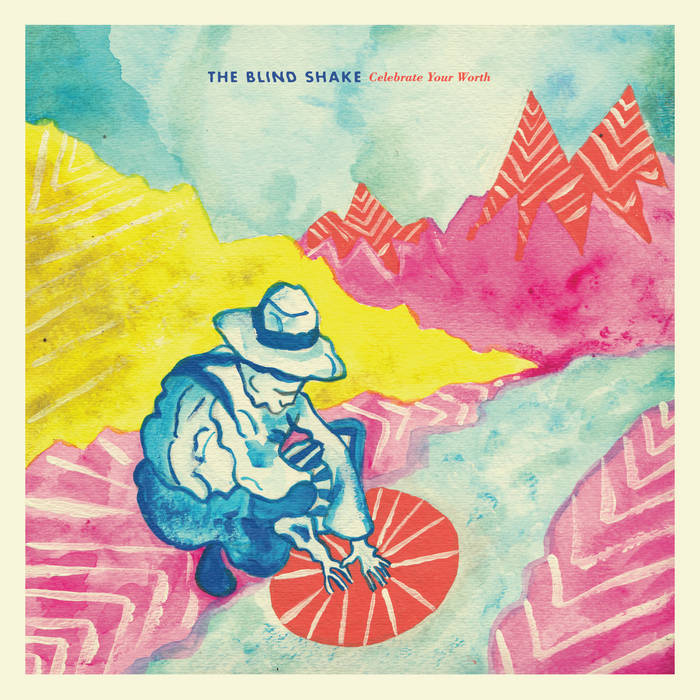 The Blind Shake, three intense men from Minneapolis creating
dense, mystical music: in 1974, Bernie Taupin, feeling on top
of the world as Elton John’s “Rocket Man” soared up the charts
in 1972, suffered a sudden sense of vertigo outside the Spanish
villa where he was vacationing. In a beam of black light he saw
and heard the future of the future, a loud vision of The Blind
Shake, making music that made Elton John’s “starman as everyman”
song seem like so much pastel tissue paper, wet and dissolving
in a pretty porcelain toilet.

The real deal, Celebrate Your Worth is an intense web of
connections of bands and sounds unknown to Taupin, strange
sounds from Chrome through Bailter Space through Michael
Yonkers and John Reis and with tendrils extending throughout
an incredible universe of fantastic unknown bands and sounds.
“What the hell am I doing?” Taupin cries, now on his knees,
staring at the sky. Witness the Blind Shake in all their mystical,
wonderful strangeness and energy.

“The Blind Shake is at once spacey, primitive futuristic, and brutal: a kind of backyard extraterrestrial minimal surf-punk party. One guitar, one baritone guitar, a fuckload of reverb, and a drummer who deserves an Olympic medal.” –SF Weekly

Bandcamp Daily  your guide to the world of Bandcamp